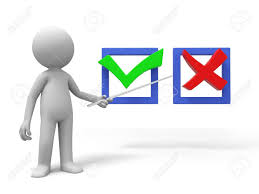 When you have an uncommon food sensitivity instead of having a common allergy, it’s a lot harder to explain to people what you can’t eat. I can’t say I’m allergic to nuts or dairy and have people understand and know not to give me any products with nuts or dairy in them. I have to say that I’m sensitive to canola oil and soy lecithin. Canola oil is a little more easier to understand because people have heard of it and know that it’s an oil used for cooking. As for soy lecithin, people haven’t heard of it and don’t really know what it is. In fact, I’ve never heard of it until I started having problems and I still don’t 100% know what it is. All I really know is that it is in breads and chocolates and that’s what I tell people.

Let’s say I have a peanut allergy, for example. If someone were to give me food or take me out to eat, they would know to look for peanuts listed on the packaging or ask for food without peanuts. I think it will be a lot easier to find food without peanuts or to understand to stay away from peanuts. Replace peanuts with a canola oil and soy lecithin sensitivity and people are absolutely clueless. It’s harder to find foods without those ingredients. Even after two years, I’m still struggling to find safe food for me to eat. Since the ingredients aren’t allergens, the package doesn’t say, “may contain canola oil”, like it does with peanuts, so it’s a lot harder to find. You actually have to read every ingredient for every food item, so it would take a lot longer because it doesn’t stand out and you could easily miss something. Even if you’re trying to be nice and give me a sweet, when you don’t know 100% what you’re looking for and you don’t know what I can and can’t eat, you can easily hand me something you think is okay, but isn’t.

With a sensitivity, it’s harder to explain what it is. It’s not an allergy, so I don’t break into hives and don’t need an EpiPen. It’s pretty similar to an intolerance, but I don’t want to go into full detail when I try to explain what happens. Since people don’t know what soy lecithin is they automatically think my sensitivity is soy because it is a common allergen. Then I have to fully explain that I’m fine with soy, but not soy lecithin. I also never mention anything about rapeseed/rapeseed oil since it is only listed in peanut butter besides when it’s called canola oil, but then I fear that someone may give me something with rapeseed in it like regular peanut butter not realizing that I can’t have that either.

As long as I know what I’m able to eat then that’s what is important. If people understand that I have to be careful on what I eat then that’s good enough for me. Trying to explain everything can be too complicated. People don’t really know or understand unless they are going through it or going through something similar themselves. Like I didn’t know anything about allergies or food sensitivities until it happened to me and now I have a better understanding. My hope is to share my stories to spread awareness and allow other people to have a better understanding of what some people go through on a daily basis. Everything works out better when you share your experiences with other people and help them learn what goes on, even if it is hard to explain everything; do the best that you can.

This site uses Akismet to reduce spam. Learn how your comment data is processed.